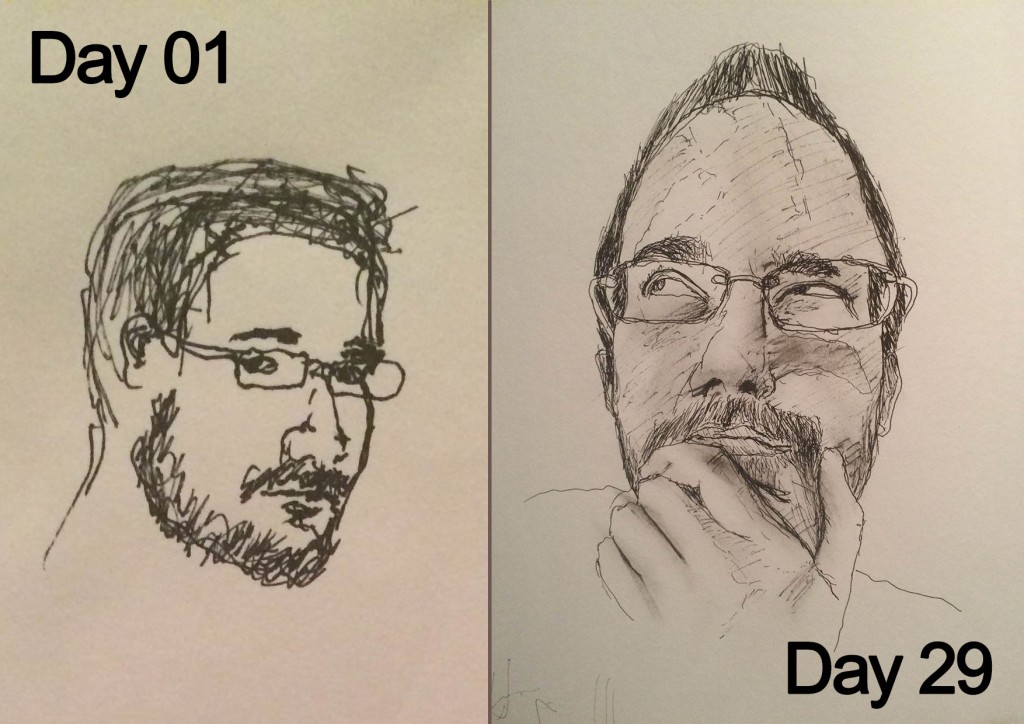 When dealing with how to improve your creativity, it’s easy to become all misty-eyed and dispense advice such as “Think outside the box! Find and express your authentic self” that, while well-intentioned and essentially true, is about as useful as hearing “Be a better person!”. Ok, yes, I agree, but how do I actually get there?

While working on this topic with Dave Birss for his upcoming TEDx talk, we tried to tackle the question from a different angle and ask: “What challenges does one face when working on their own creativity? How can we concretely practice being more creative and overcoming these challenges every day?”

Thus the following experiment was born: We were to draw a self-portrait every day for a month with our weak hand. As a lefty, I had to draw with my right hand, and Dave with his left. Drawing this way, we knew to expect a pretty much constant struggle and worse results than if we were to use our primary hand – and that was fine! The idea was to deliberately make it more difficult, to simulate an environment of taking up something creative that you really don’t have a knack for, and see how it goes.

Below are my drawings and here are some impressions:

As mentioned, it was a constant struggle to draw like this, particularly in the first week, when it seemed like the pen will never move the way I want it to. Just when I thought I got the hang of it, a momentary lapse of concentration would send the pen flying and would ruin the previous effort, and I’d often have to start the whole drawing over, which would frustrate me a lot, and then I’d make even more mistakes, and start over again…

This brought up the topic of patience and expectations, or in my case, too little of the first and too much of the latter. I wanted to be able to draw faster, to just get the drawing done and move on. Of course, the weak hand didn’t care about that, swhich lead to the mentioned frustrations. At one point I had to say to myself: Right now there’s just no way for you to draw faster than this, if you want to produce something decent. In any case, what’s the point of rushing? Why don’t you slow down and enjoy the process?

And so after a week or so, the combination of this changed approach and, well, the week of practice, some results showed. Knowing my speed and ability meant that I would take my time, and spend up to 2 hours on a drawing if need be… And in that mode, suddenly you start to actually enjoy the drawing process itself, even the repetitous stuff such as drawing the individual beard hairs etc. On one level it’s knowing that when you give proper attention to each stroke the final image will be that much better, but on another it’s really just enjoying the process.

Sometimes, however, I wanted to break everything. When, after an hour of drawing meticulously, you’re so happy how you did the eyes and the nose, you step back and realise the proportions are all wrong, and you have to start all over. At this point I’m cursing the drawing, Dave and myself for coming up with this stupid challenge and, considering I often did these drawings after midnight, I just want to go and sleep.

But you have to prevail, because you made a deal with yourself and another person – and this is fine. It was a chance to practice what I’ve often preached to others: your initial motivation for doing something doesn’t have to be so pure and noble, but once you get going it will change… or even if it doesn’t, it will still make you grudgingly start a drawing, but once you finish it you’ll be glad you did. So, though I started many drawings with “I goddamn want to sleep but I have to draw this stupid thing because Dave already sent his drawing for today.”, I’d be really pleased when I completed it.

Obviously there was an improvement in the drawing skill itself, but what was even more important for me was when I realised I was developing a style of my own: not just copying the self-portrait photo, but trying to add a little something extra into it. Though I didn’t explore this as much as I wished, just knowing that I was able to do this was a significant realisation – if you fiddle around with different approaches, your own style will at some point emerge.

Shading was a major challenge and I really struggled with it in the beginning. Considering that most drawing tutorials boil down to “If you want to get better at shading, do lots of shading.”, I didn’t have a lot of choices other than to experiment. After a lot of mostly bad cross-hatching I almost quit shading entirely, but somehow I devised a technique of smudging ink around in the few final drawings, and I was happy with the results. So, forcing yourself to experiment, especially when you really don’t feel like doing it, can provide cool, unexpected results.

Over time I also started to really enjoy the results themselves: I could plainly see what I did “wrong”, but I was so happy with what came out right. It was also fun to see how a drawing from two weeks ago that seemed great at the time looked so basic right now. This brought a twist on the stereotypical idea of the artist who is never happy with his results (and something often echoed in work culture etc.): Always be happy with the good in your results today, but always recognize how to make them better tomorrow.

And so here are the drawings themselves. Hit me up with your ideas for challenges, or if you need tips for starting your own challenge etc. 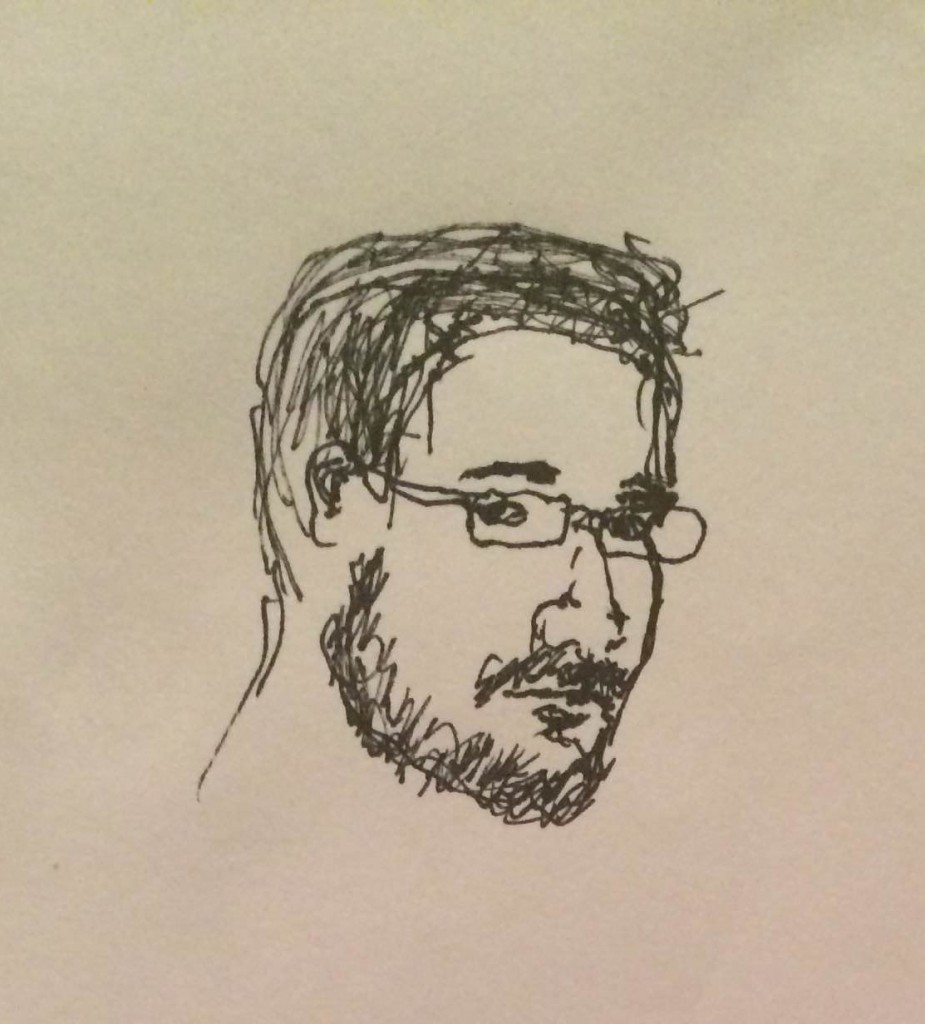 Day 01 – you can see there’s probably not a single line that isn’t wobbly. 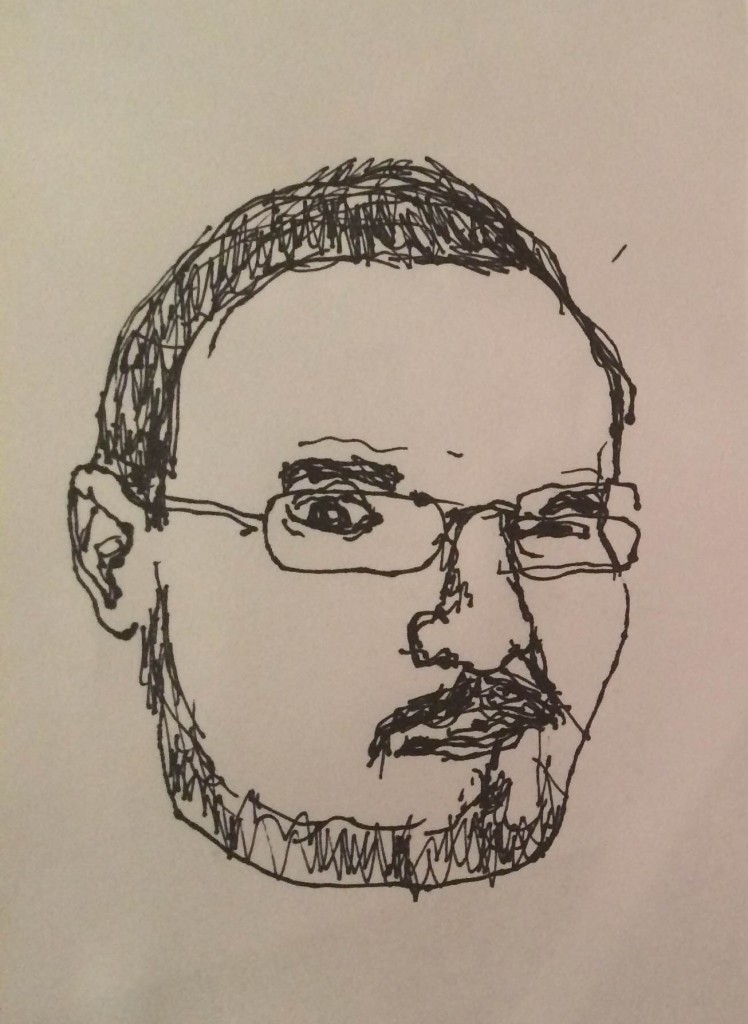 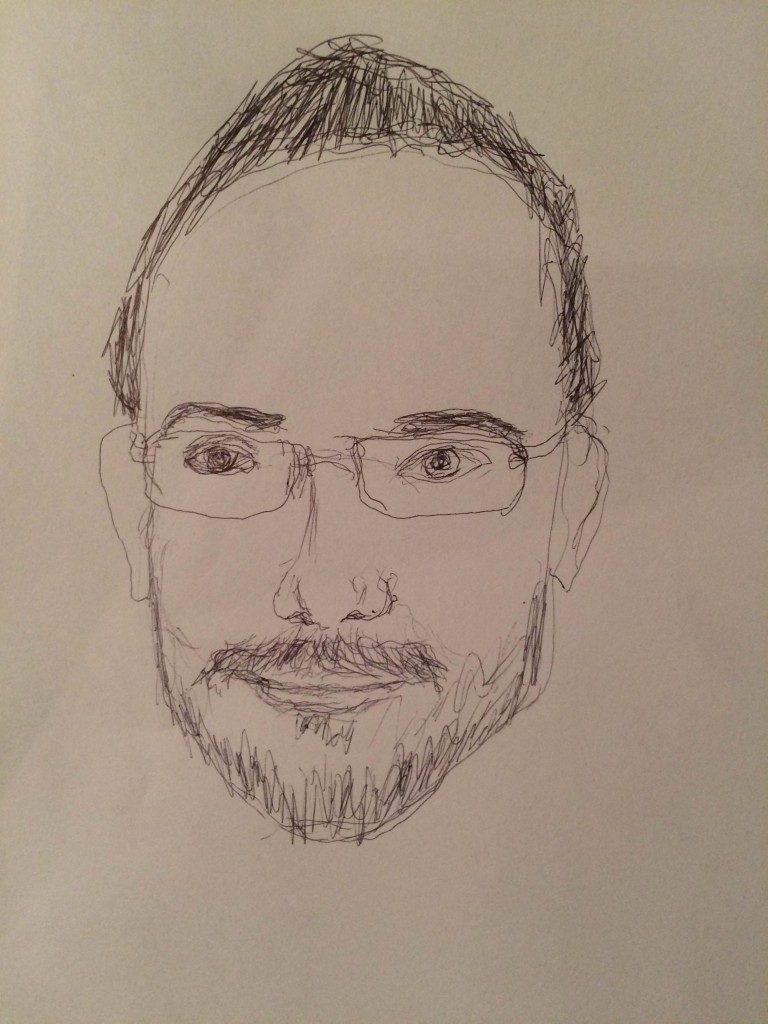 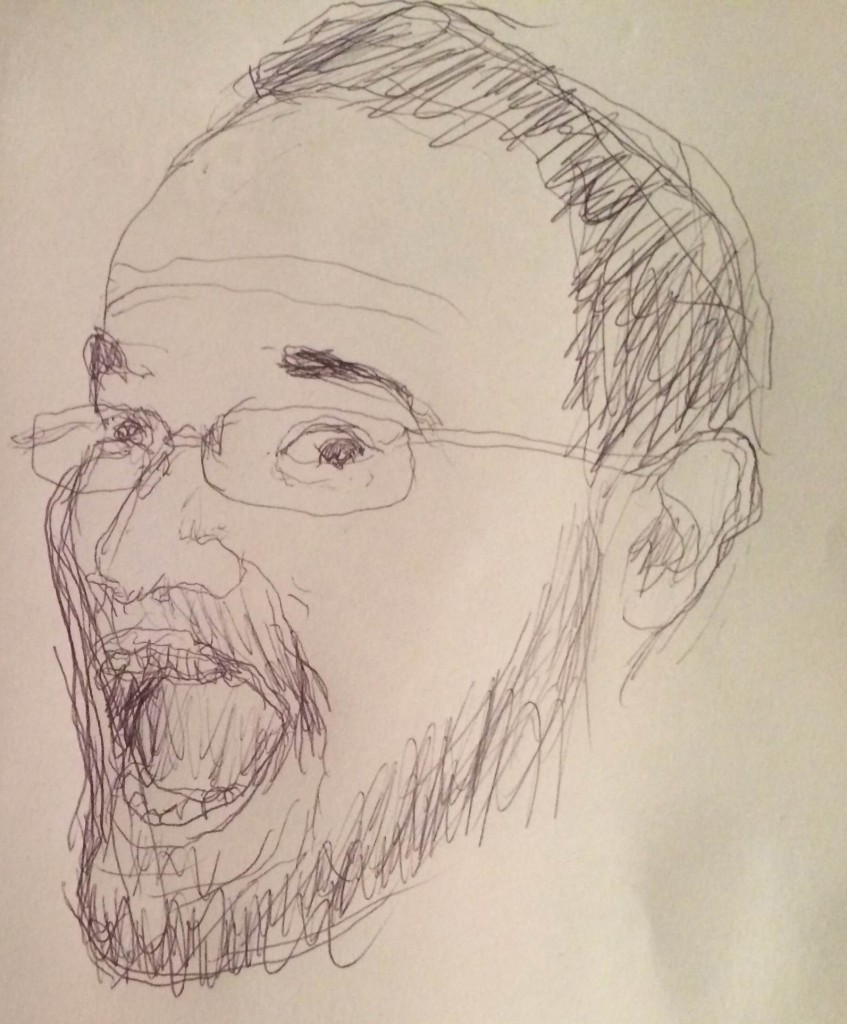 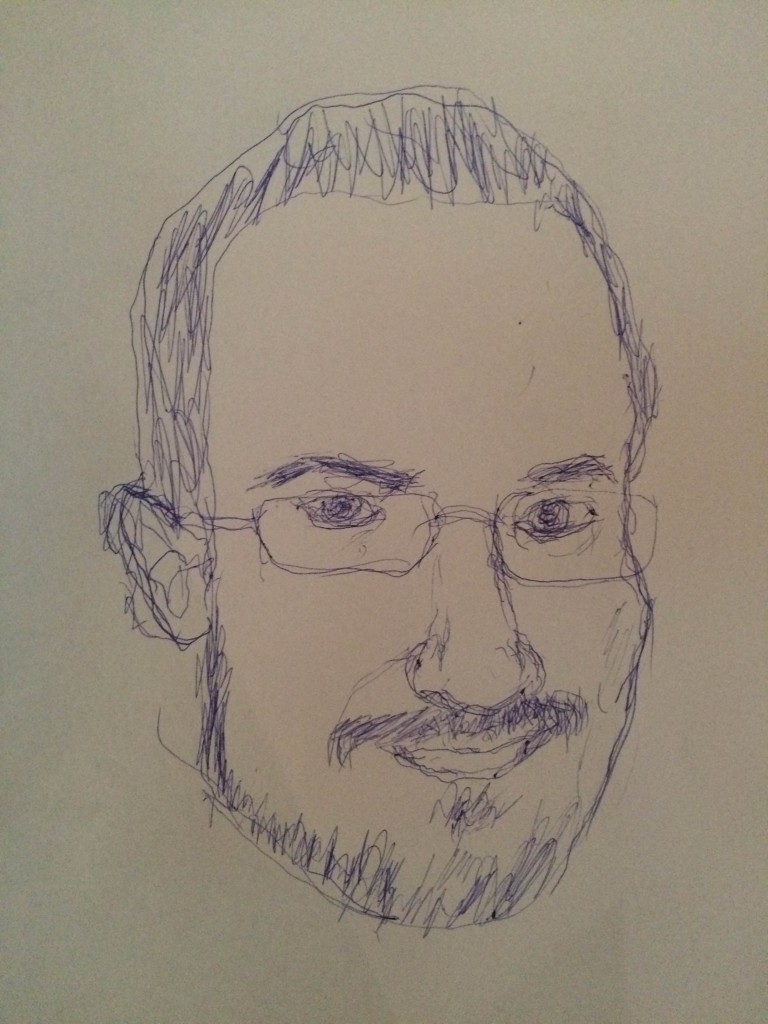 Day 05 – One of the drawings that I really disliked, but just had to accept and try better tomorrow 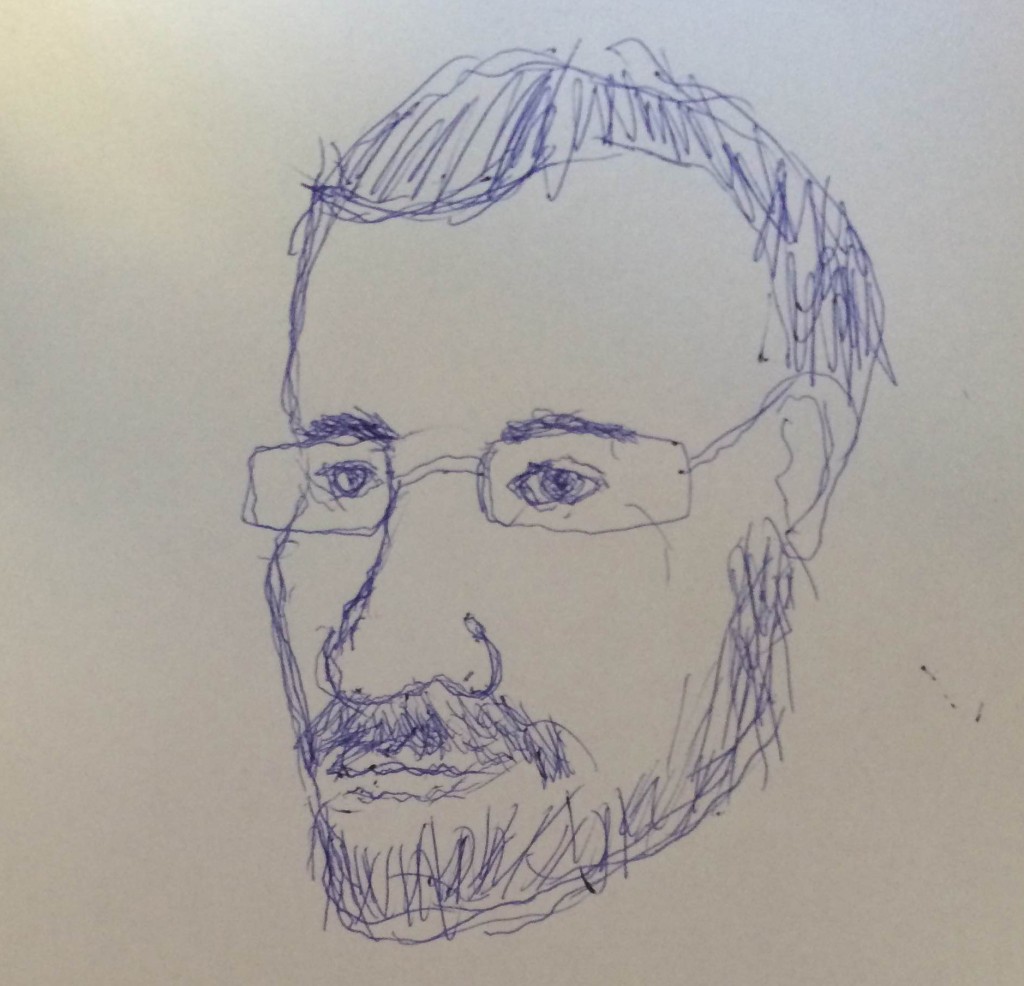 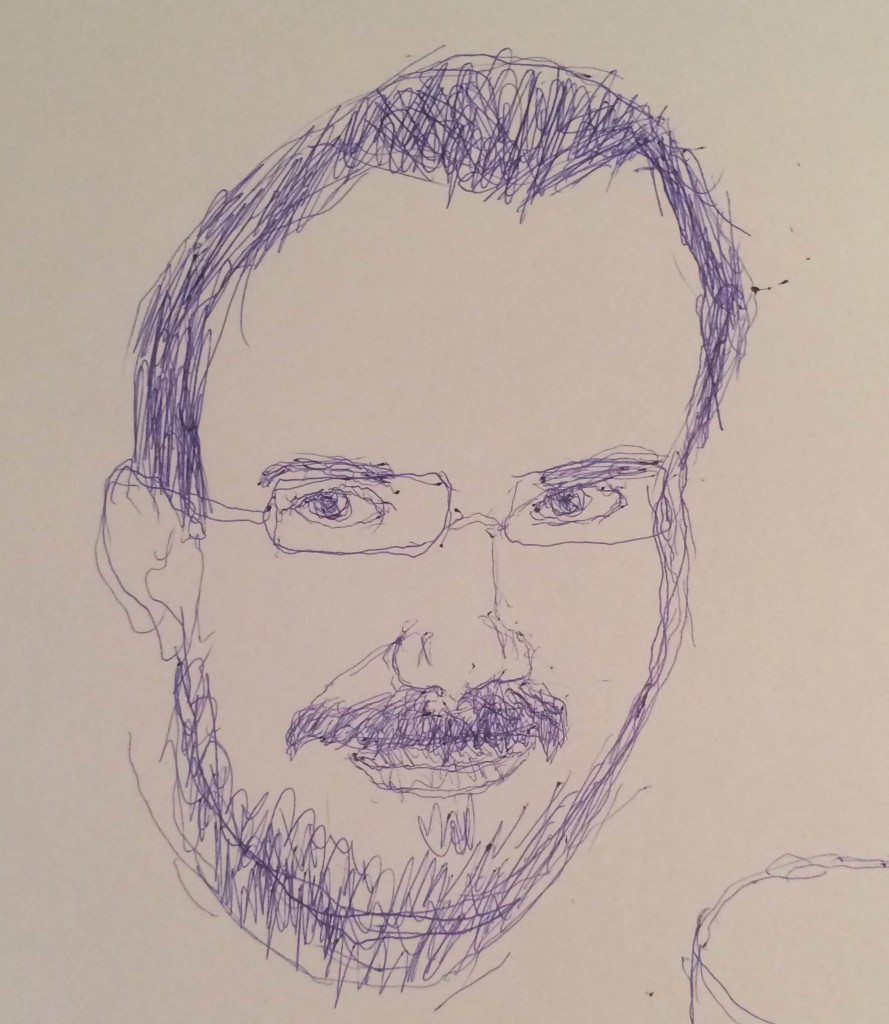 Day 07 – a more rounded feel to it. It was interesting to explore the differences in details and overall approach to a drawing while still making the picture represent “me”. 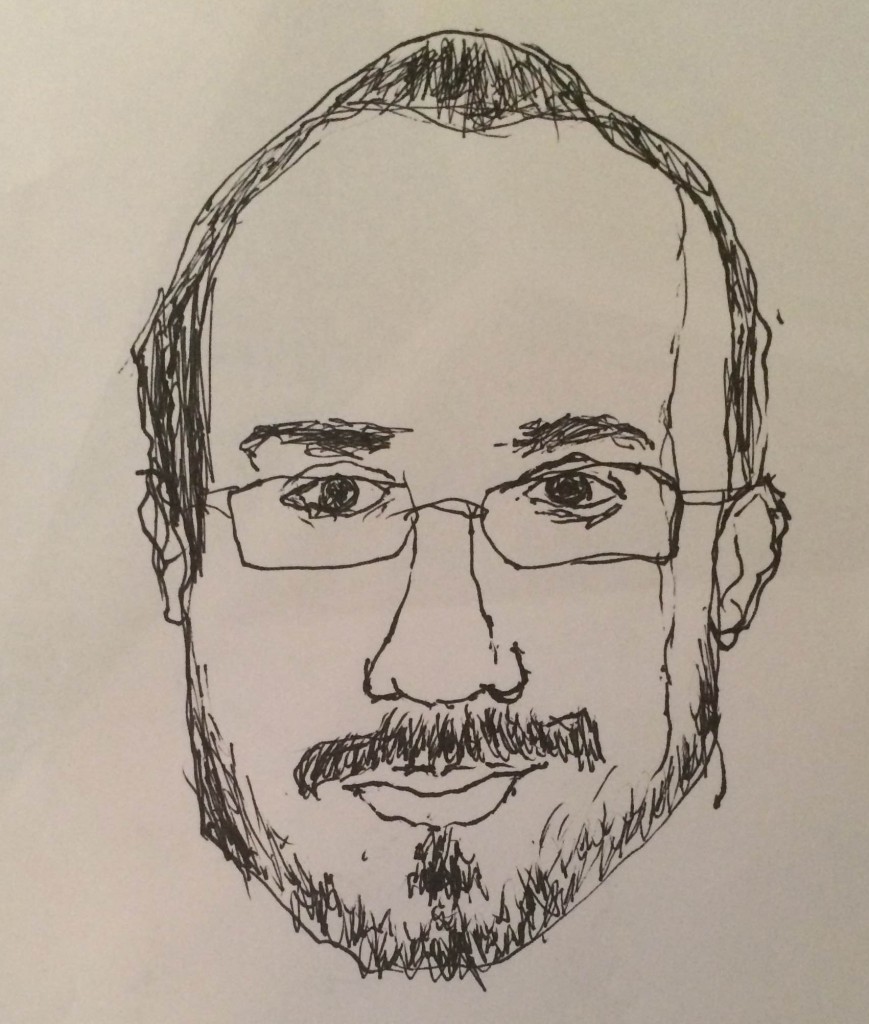 Day 08 – Switched back to a think marker pen – more challenging and requires more patience, but I feel it gives a cleaner final look. 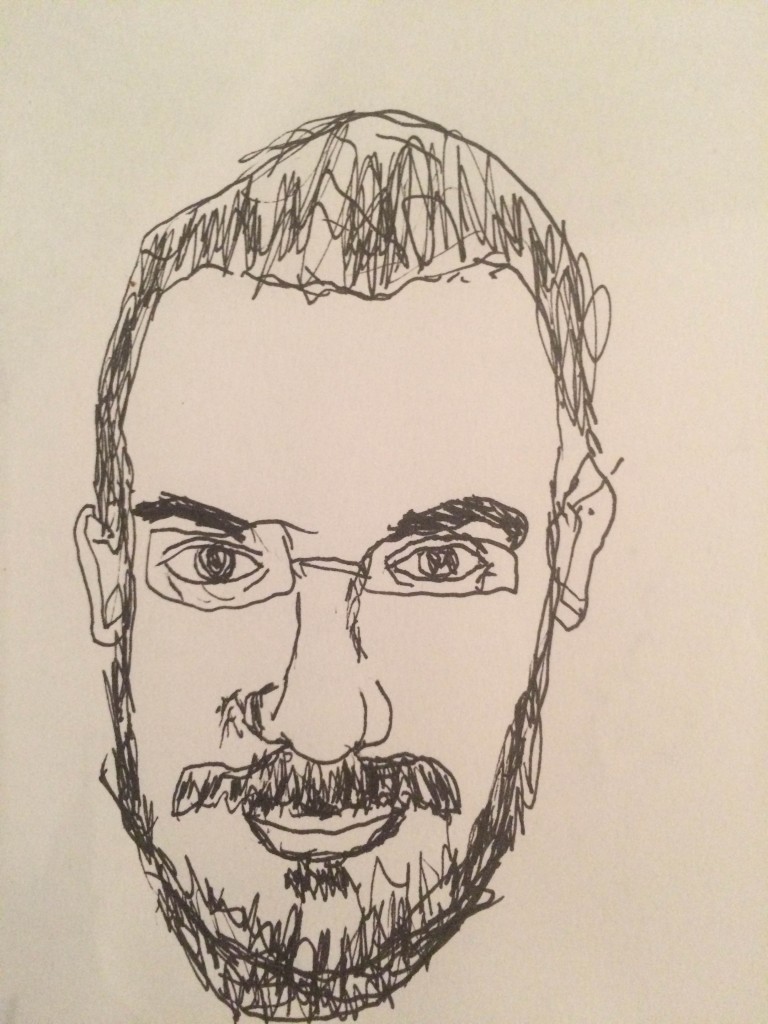 Day 09 – This one was more hastily done and it shows. 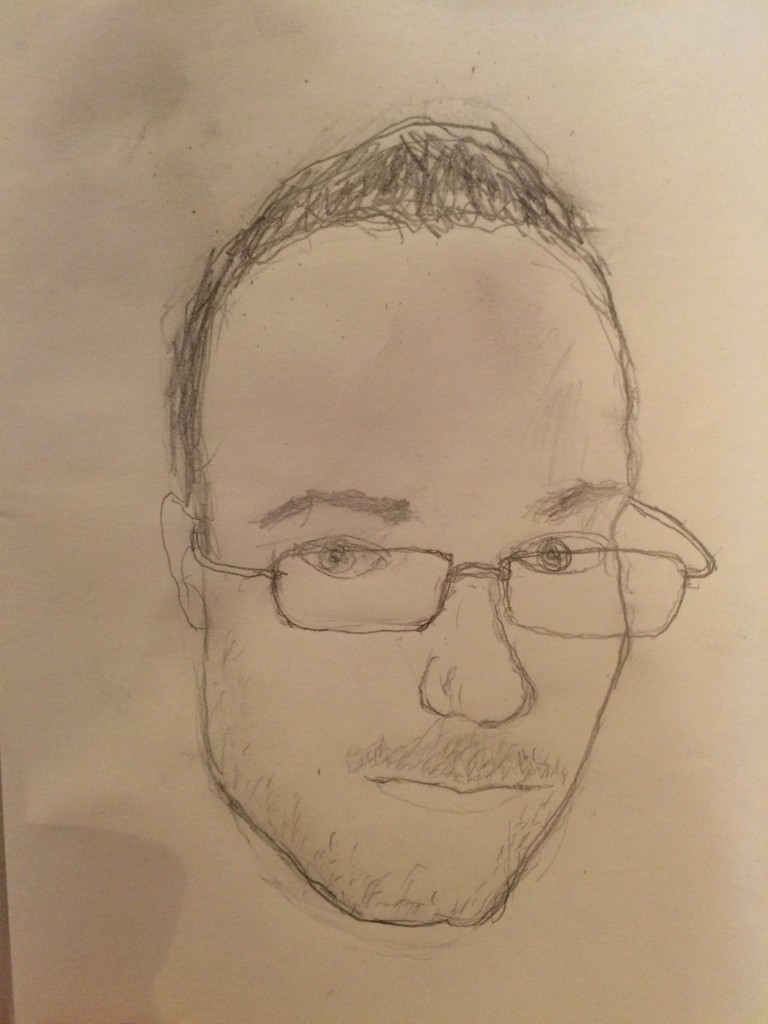 Day 10 – done with a pencil, didn’t like the outcome 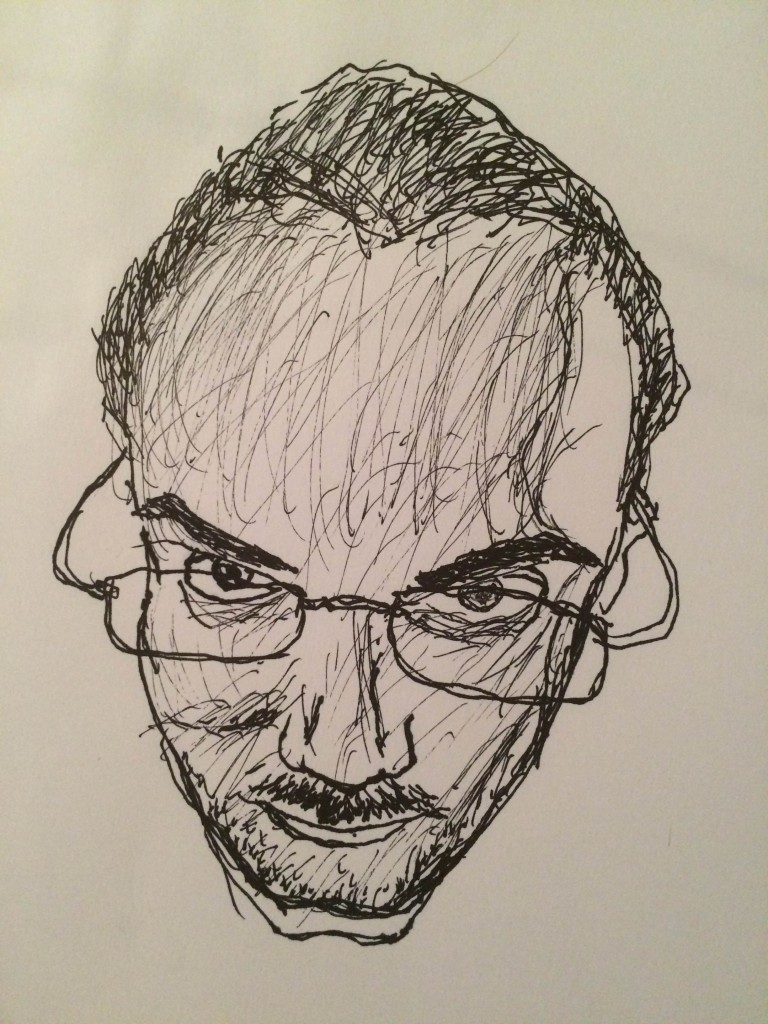 Day 11 – First experiment with shading, which didn’t work, but I liked the angle and overall feel of this one. 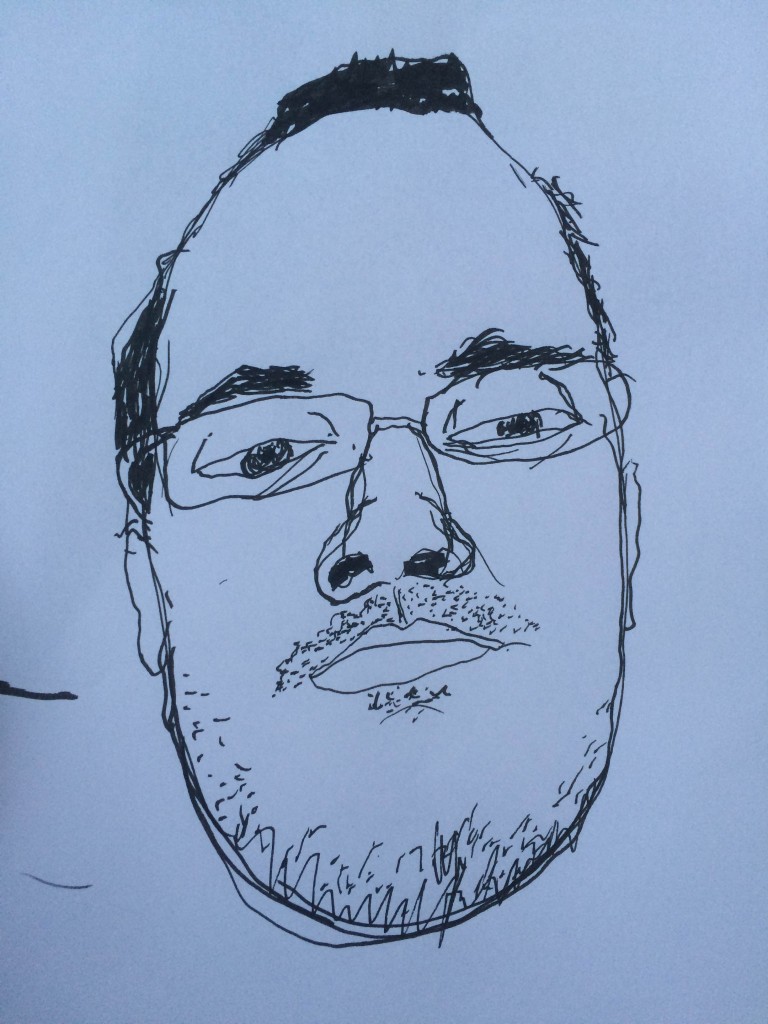 Day 12 – Experimenting with angles and style, used a caligraphy pen. Though simpler and more quickly done than the others, I actually liked the overall feel. 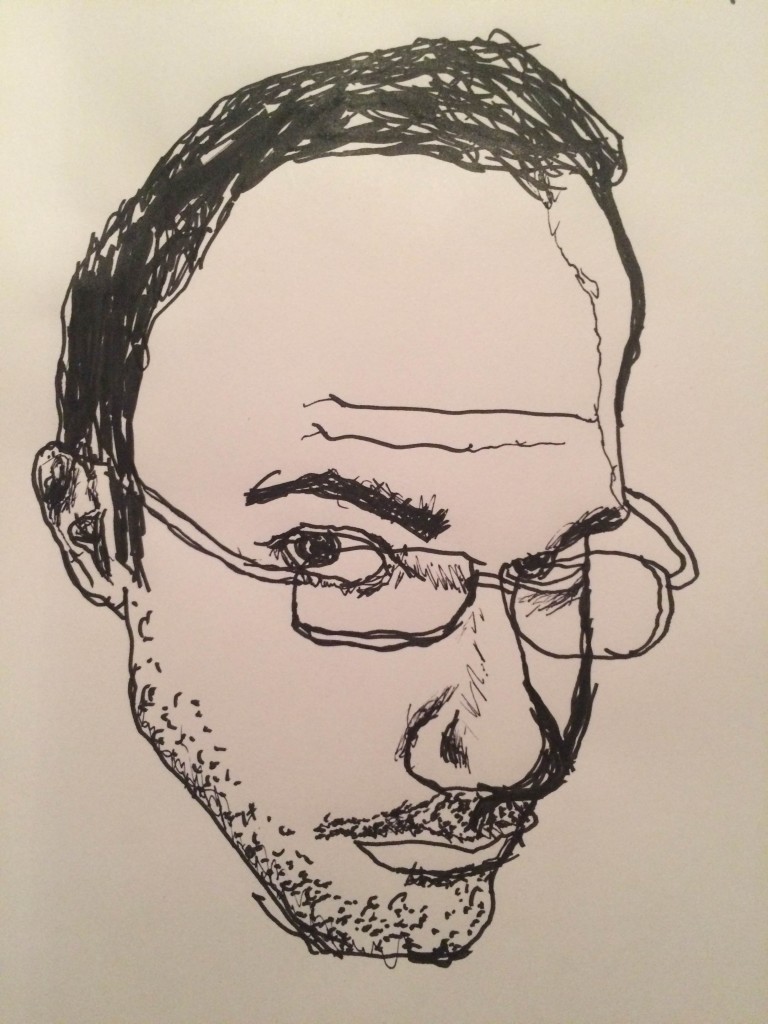 Day 13 – I was quite happy and got some more confidence after drawing this one, though my face is less angular in real life. 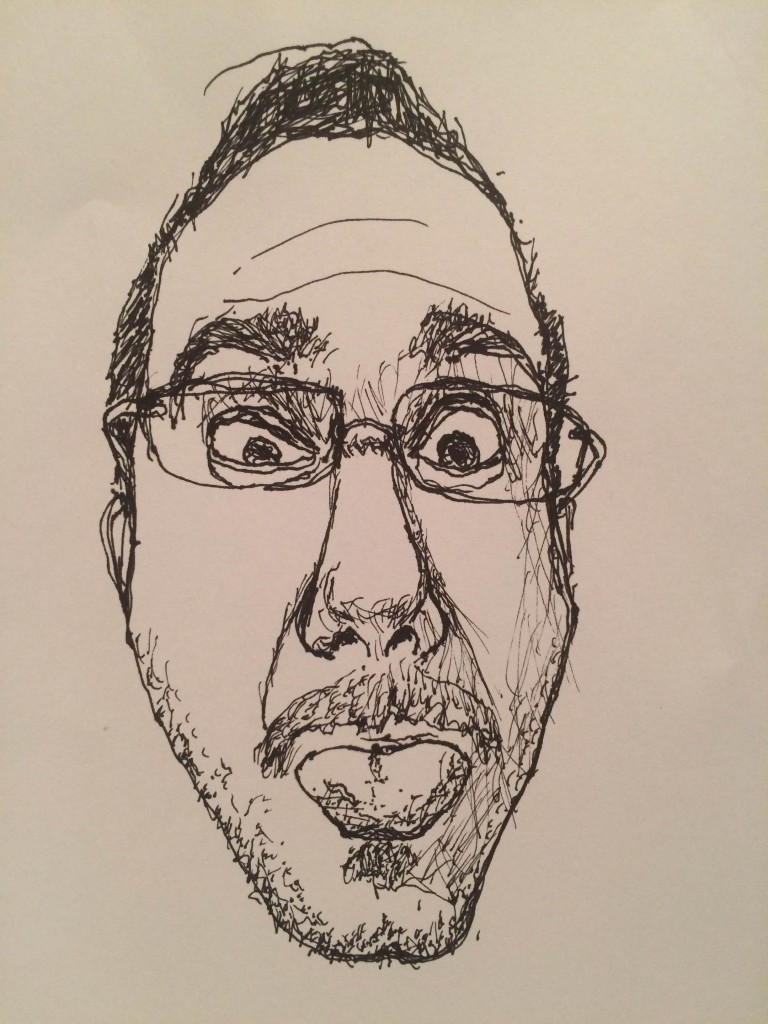 Day 14 – Fumbled the eye but happy with the rest. The face is more stretched than in real life. 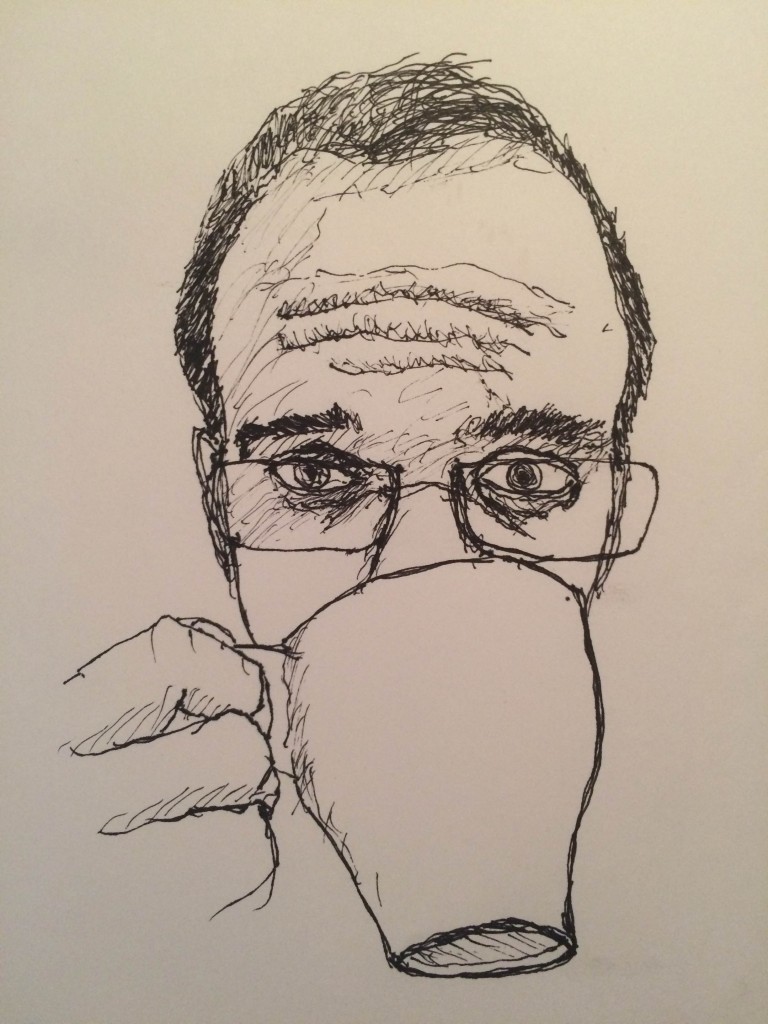 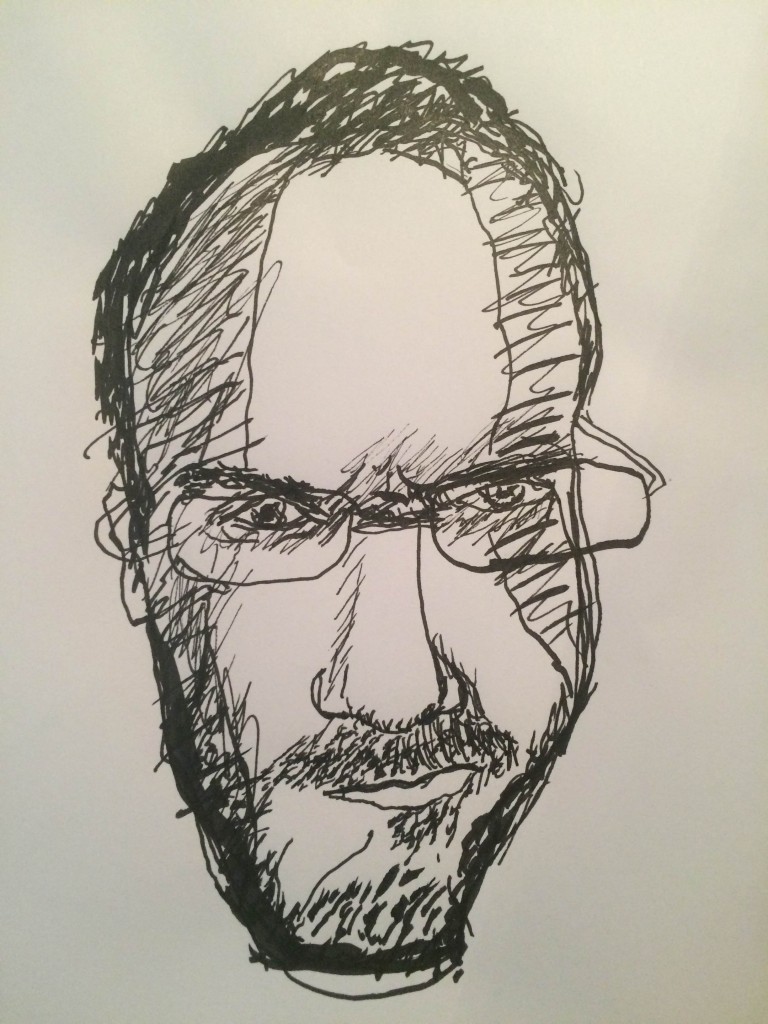 Day 16 – Experimented with a different style and a caligraphy pen, the shading sucked but the style is not too bad. 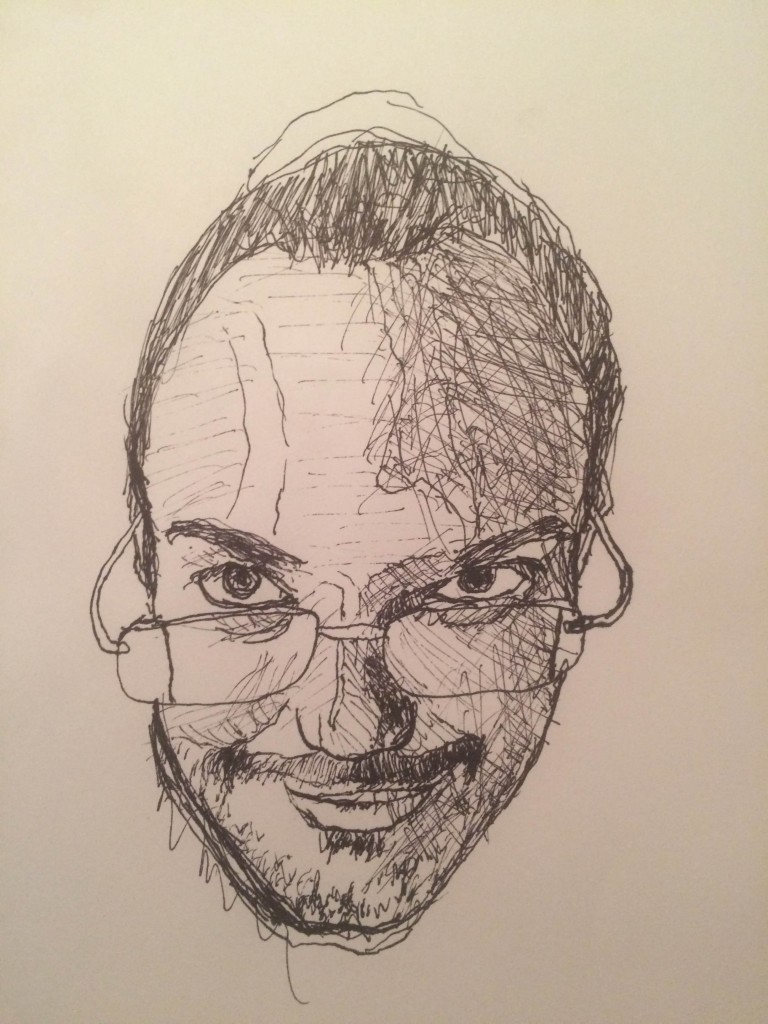 Day 17 – Experimented with different styles of shading. Some worked better than others, but I was very happy with the overall result. 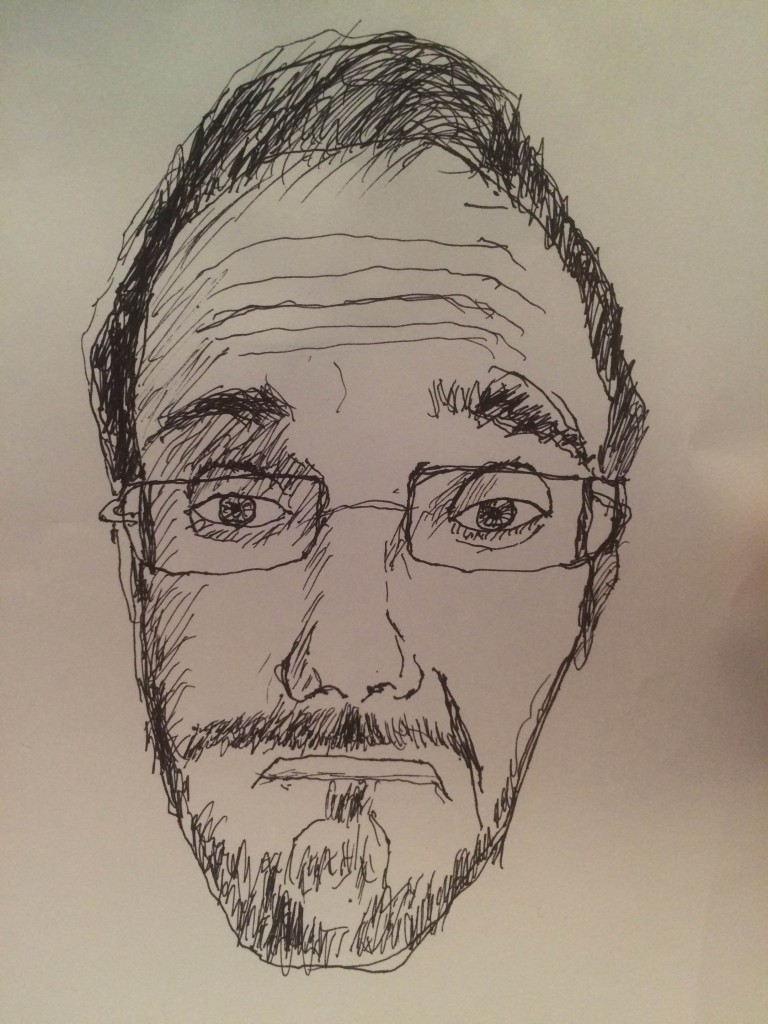 Day 18 – One of those that seemed good when I did them, but a week later when I revisited it, I realised how much the proportions were off etc. 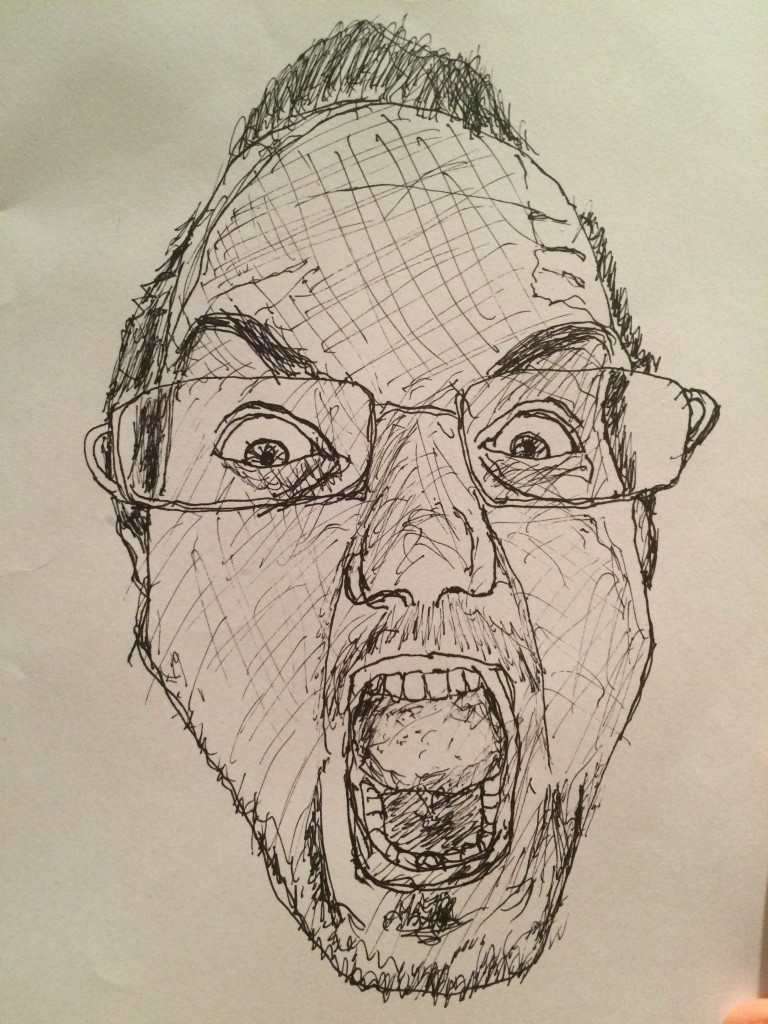 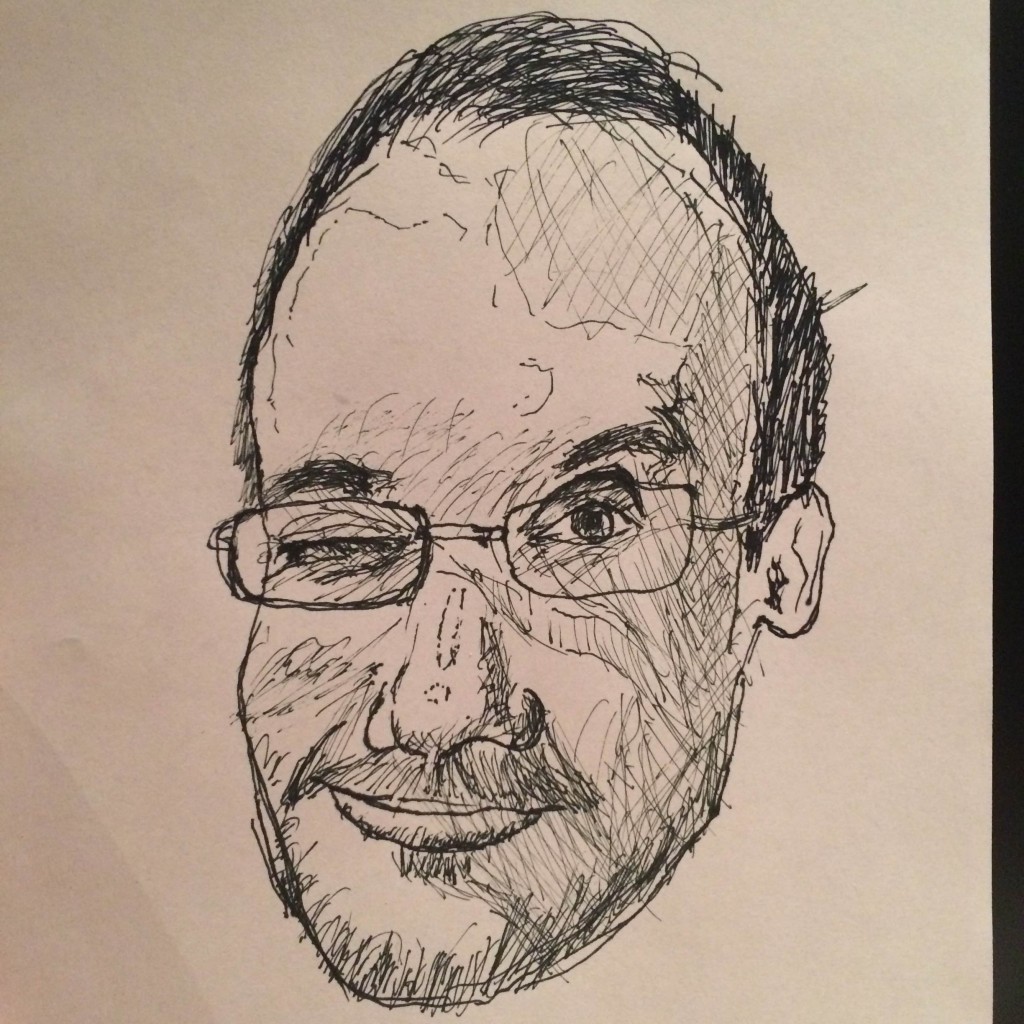 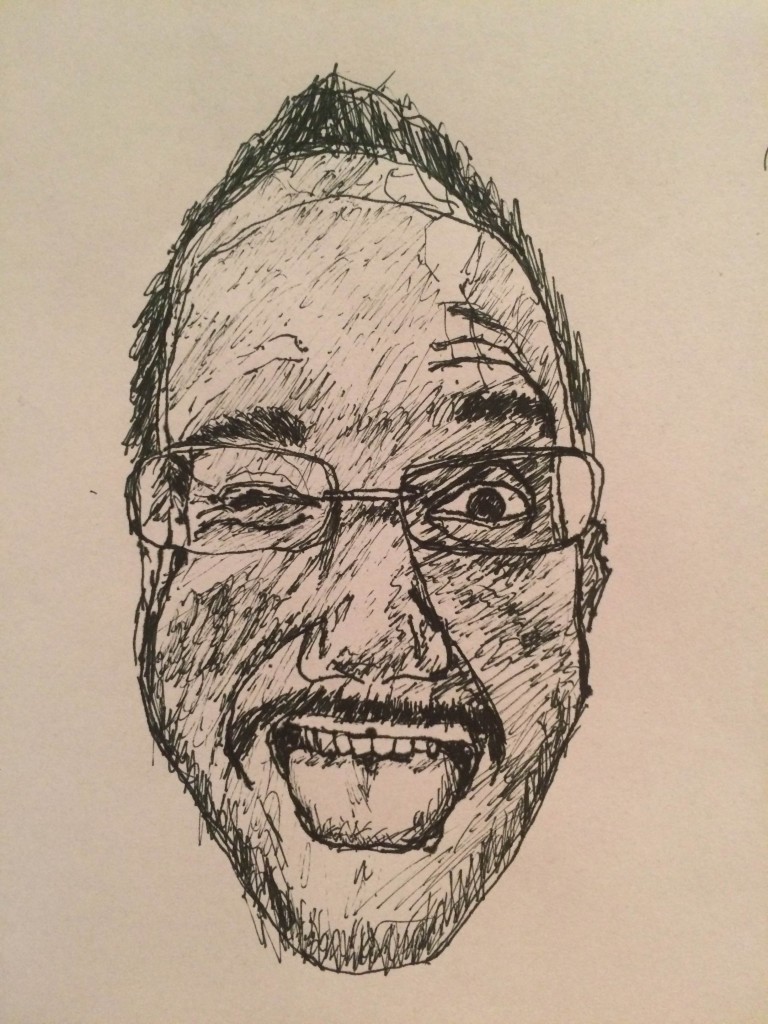 Day 21 – The expression turned out well but too much shading almost ruined it. 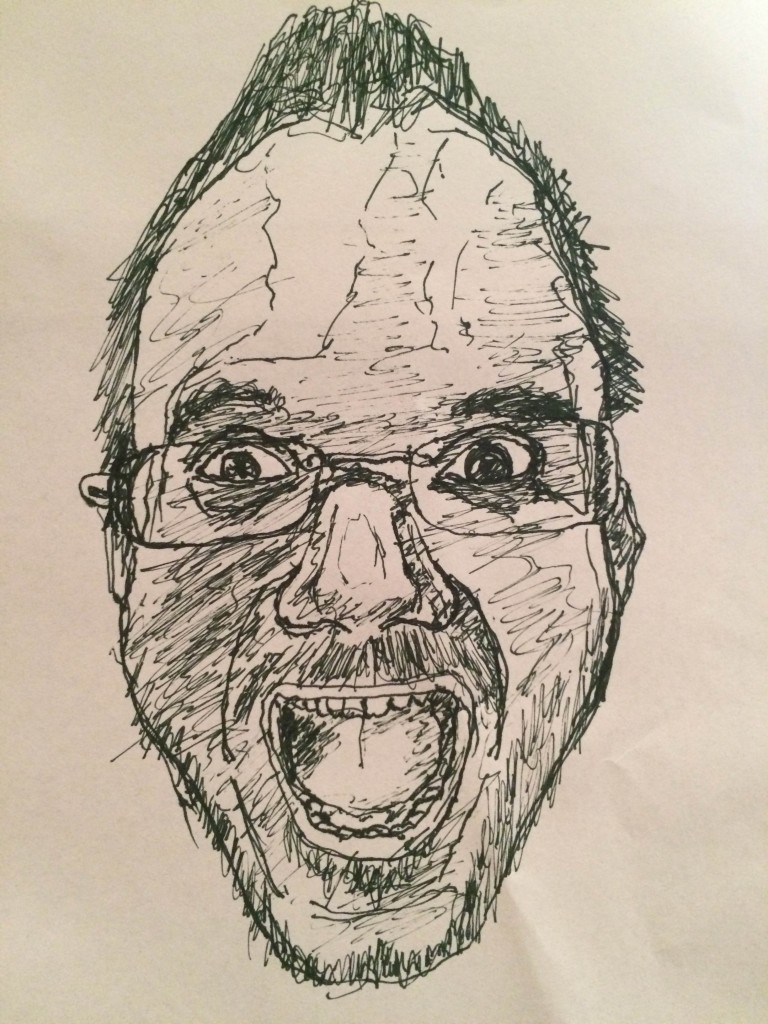 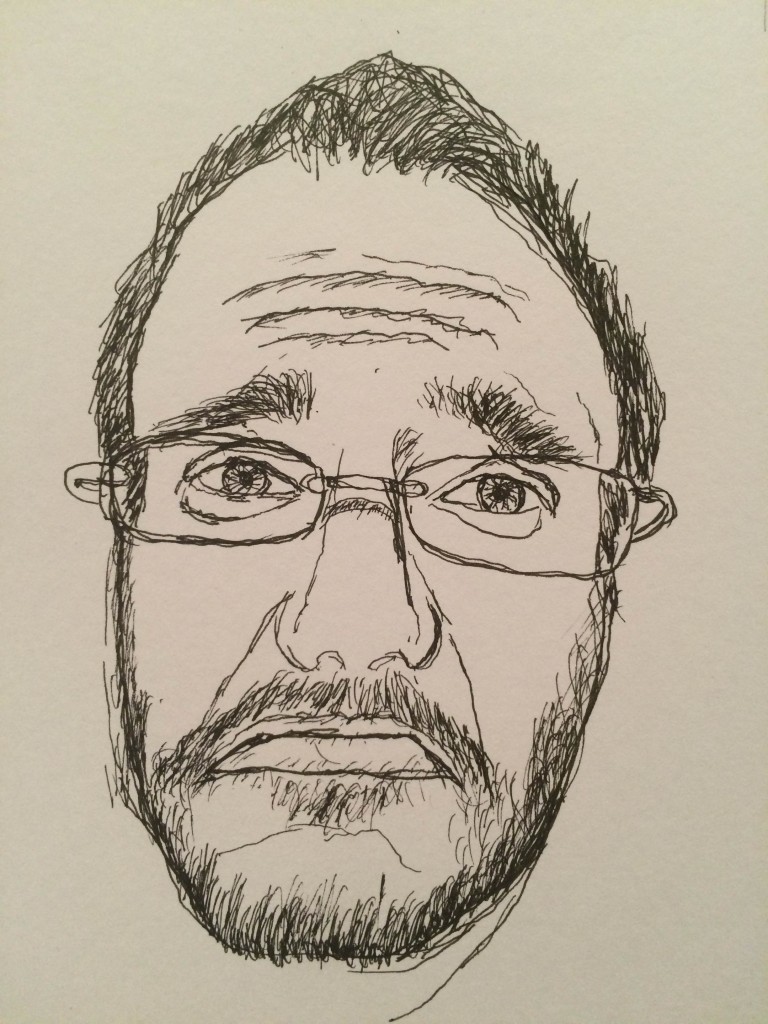 Day 23 – Around this time I got some thinner pens and better paper, which really made a difference. I could work on a deeper level of detail, such as in the eyebrows, which allowed for a more realistic style. Also we started doing emojis here, this one was 🙁 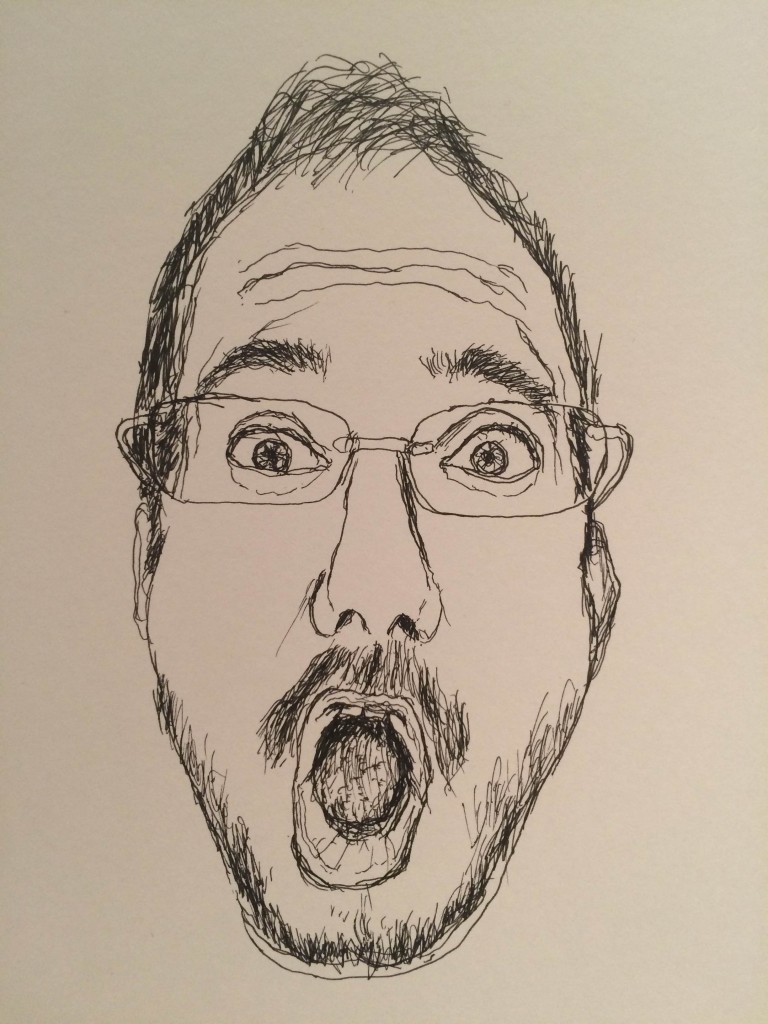 Day 24 –Emoji ? – One of those that started out like it won’t be good (I thought I did the mouth rather badly) but turned out better than expected. The individual mistakes become less apparent when looking at the whole picture. 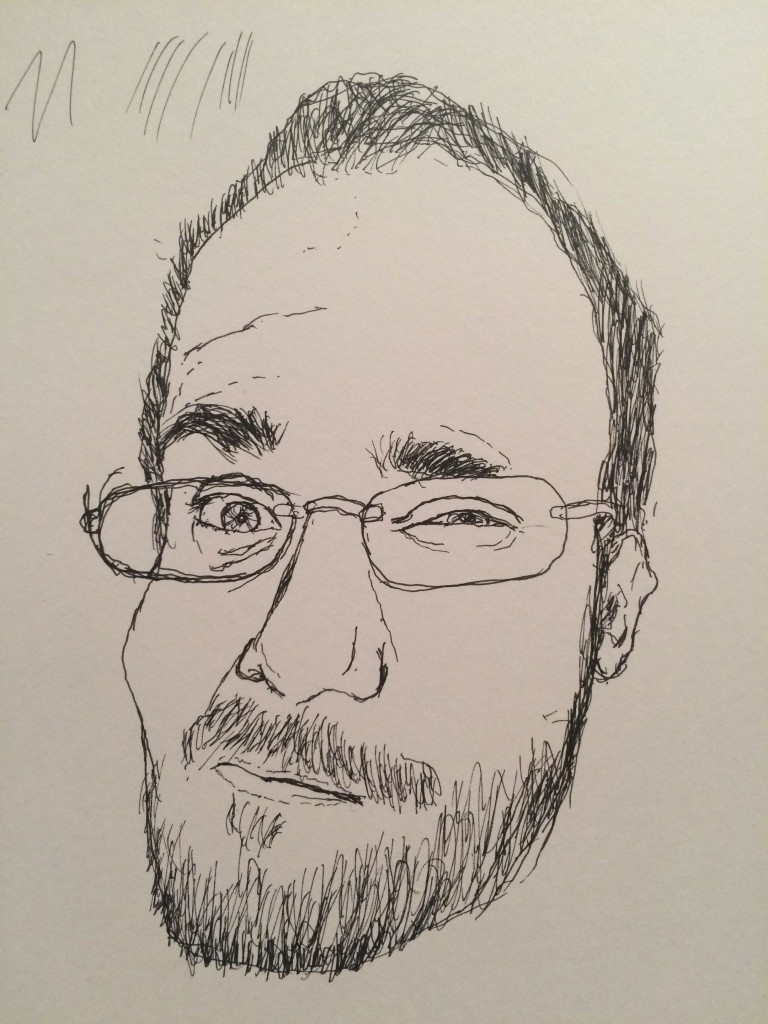 Day 26 – Emoji ?  Started experimenting with shading by smudging ink around, it worked better than expected and finally produced something I like. 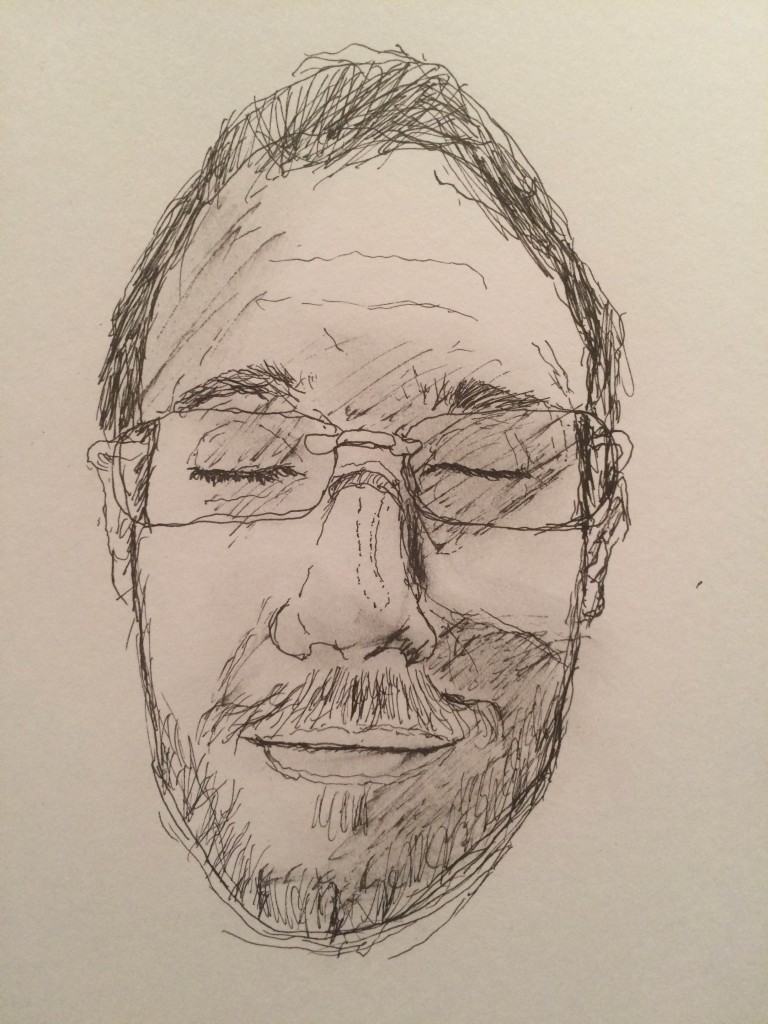 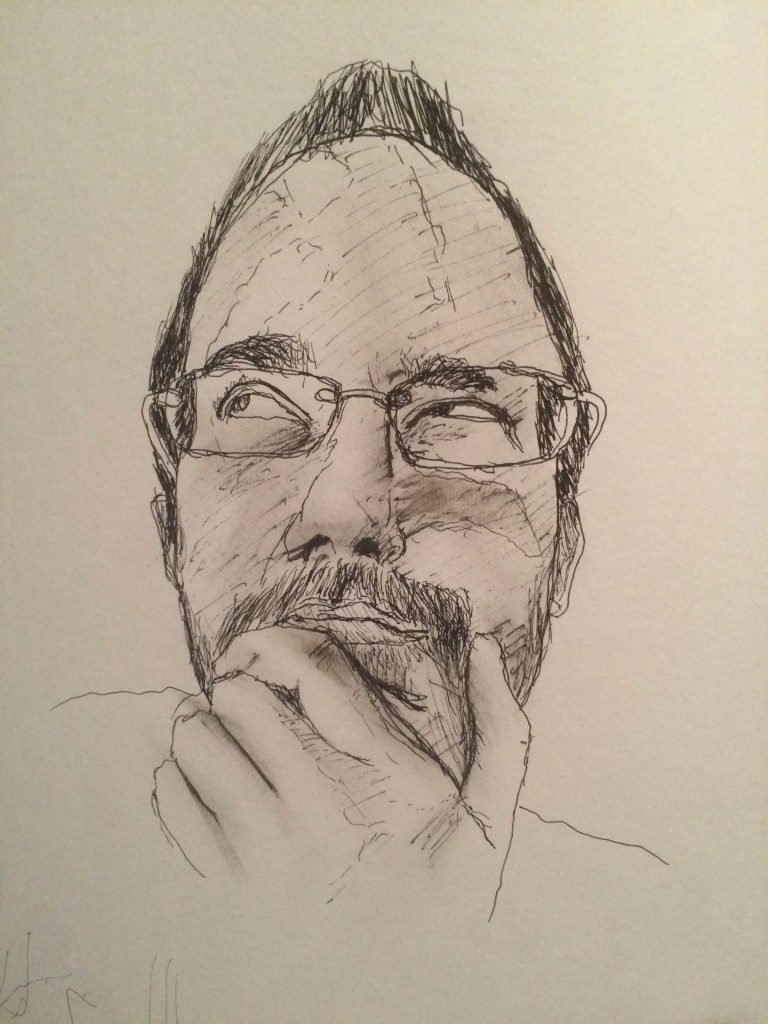 Have an idea for an experiment, or need tips on how to do one? Leave a comment!