Hopefully something useful to be found for all of those organizing student protests in the Balkans and beyond.

I analyzed, to the best of my ability and resources available at the time, the student protests of 2009, in which I had an active role as one of the organizers. I hoped to cover a broader range of topics, from giving some context of the Bologna reform and HE in Serbia, to giving concrete advice for protest organizing from on-the-ground experience.

Don’t repeat the same mistakes we did. Go beyond the shortsighted goals we set.

If you need further help, ask. 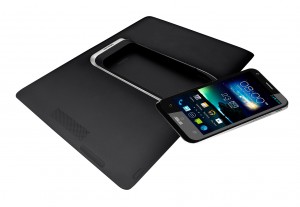 END_OF_DOCUMENT_TOKEN_TO_BE_REPLACED

Hello everyone. My name is Relja Dereta. I’ve got an M.A. in Japanese language and literature. I coach people in presentation skills. I’m also an instructor of Argentine tango.

I also don’t usually speak like HAL 9000, but I had to start my first post like this to prove a point. What you’ve just read is the most typical way each of us introduces ourselves: name, formal education, current occupation. It’s also a glaring symptom of what I consider to be one of the biggest problems in public speaking. Before I define it, first do the following: Read that first paragraph again, aloud, as if you’re talking to a large audience.

What did you notice? Even though there are 5 sentences with full stops at the end, it is very likely that you’ve read them with an even, gently rising intonation, almost like it’s all one long sentence without an end.

That right there is the biggest trap we can all fall into when giving a talk: we start delivering a report to a scary Audience instead of communicating a message to a group of people. It doesn’t matter what the topic is – you could be talking about the most important moment in your life, but that tone would still kill most of the impact. If you’ve been using it longer than 10 seconds, most of the audience has already reached for their cellphones.

So, why do we do this? Simply put, we were never taught how to express ourselves to a group of people, and so we believe this tone is what everyone expects. Indeed, everyone does expect to hear that ever-rising pitch, that one long never-ending (death) sentence, and the moment they hear it, their brain switches to auto-pilot. So, the speaker is pretending to be talking to an audience, the audience is pretending to be listening, both parties are waiting for the whole thing to end and everyone is hoping to God that the entire experience will be unremarkable enough to be swiftly forgotten.

But why is this tone, and everything that goes with it, so harmful?

Try to recall how you talked with your best friend about the first time you fell in love. You probably didn’t sit next to him and say: ”Hey. I’ve called you today to talk to you about something very important that has happened to me. I believe I have fallen in love. The feeling is absolutely amazing. In fact, I don’t think I’ve ever felt like this in my entire life.” The only reaction you could expect from your friend in this scenario are nervous twitches as he checks the walls for any nearby flame throwers in case you turn out to be the Thing.

Of course you’re going to talk with emotion, wave your arms around, each movement (or pause) showing how elated you feel. In fact, even when you’re talking about some little everyday event, you’ll still do it with feeling (”God, you should have seen the way this guy cut me off today!”)

Whether you’re loud or quiet, your natural way of speaking is, well, natural. It sounds authentic, it shows that you’re connected to what you’re saying and that you care to share it with whomever you’re talking to.

The Public Hearing Tone is exactly the opposite: it completely disconnects the speaker from both the message and the audience, and it projects a strong sense that you don’t care about either of the two (which in that moment is actually true).

So, what’s the solution? Well, the short answer, which will quickly improve your talk significantly, is to practice delivering your talk the way you would talk to a good friend. In fact:

all of this will give you a very good idea of how you really sound when you’re supposed to deliver a speech, as opposed to your ”regular” voice (even better if you could also record yourself when you deliver the actual talk, and have that for future comparison).

This also means you will have to start getting used to the idea of hearing your voice on tape, which OH MY GOD IS SOOOO HORRIBLE, I KNOOOW. Really now, why exactly is listening to the recording of your voice such a major issue? You don’t like the way you produce sound, as opposed to everyone else who’s been hearing it since forever and doesn’t seem to be complaining about it that often? Even if you sound awful, they seem to have gotten used to it, so you might as well.

I wouldn’t emphasize this so much if it weren’t for the fact that I’ve seen too many people who, having for most of their life avoided recording themselves at all costs and missing out on all the great benefits this brings, got completely used to it after only 2 or 3 takes. While we’re at it, you might as well use a camera and also see what you look like when you talk. Yes, you’ll get used to it quickly as well.

So, this is enough for starters; next I’ll talk about the dreaded Audience all of us have to face at some point. As a hint, you’ve probably noticed that I’ve oh-so-subtly mentioned, in several places, communicating with a group of people instead of talking to an Audience. Come to think of it, that’s not really a hint, it’s kind of the whole point. In any case, more on that in the next post.

Read my blog in English and Serbian.

See what I do and what I’ve done so far.

Find out what I could do for you, your team, company, organization or institution.